Emma and Keith’s Wedding Photography at Inn On The Lake

Emma and Keith’s Wedding Photography at Inn On The Lake

I met up with Emma

and her three bridesmaids at Eden Hall Country House as the bride and groom were
getting ready here. My second shooter went to photograph the groom and his groomsmen and we would
meet up later. Keseme Goodwin was busy doing the girls make up https://www.facebook.com/KesemeGoodwinMUA/
Ashley was also busy doing the brides mum’s hair.

It was still raining

when it was time for us all to leave and make our way to The Inn On The Lake at Glenridding ,

by the time we got there it was pouring down and you could not see the other side of the lake.

Emma was helped into the hotel

by the staff and her grandad. I made my way to the ceremony room to find a
place to photograph the ceremony. Emma and Keith had hoped to get married outside but that was impossible.
Emma’s grandad gave her away and their dog was the ring bearer, as soon as the ceremony was over the rain stopped
and half an hour later the sun was out and we could all go outside.

After all the photographs

were finished it was time for the wedding breakfast and the speeches, the couple had
decided to do the speeches first in case of nerves, this seems to becoming a more popular idea so everyone can enjoy their meal. 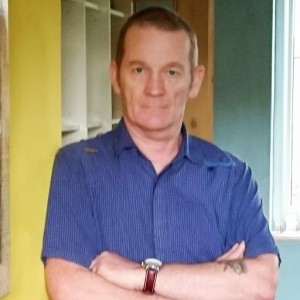